What differentiates the fuet and the sausage Pedragosa?

Did you know that the basis of most cured sausages is very similar? To make a good sausage or the best fuet, at Pedragosa we always use top quality pork and bacon, seasoned with salt and pepper and stuffed in a natural gut.

The same happens with other sausages such as somalla and secallona, ​​which have the same work base and vary according to measures and healing times.

Therefore, and this is important, any of our sausages are “extra” and you can eat the gut without any problem. If you like the mountain taste, you will touch the sky when trying the Longaniza Culana, a sausage made with what is considered the best type of gut to stuff. 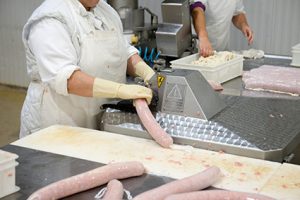 The measure is what makes the difference

The main difference between the sausage, the fuet and the rest of cured sausages is mainly the length and the diameter. While the standard Pedragosa sausage weighs approximately 500 gr., fuet only weighs 200 gr. The resulting taste will vary, since it is much faster to dry a fuet than a sausage. 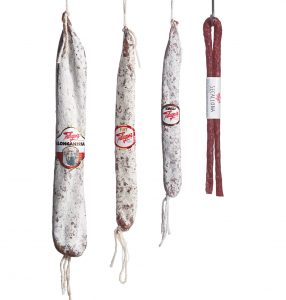 In the case of our sausages, we work drying the product in areas with a lot of fresh air, controlling the temperature and humidity to achieve a fair cure. We do not accelerate the process artificially but we expect the sausage to have a fair healing time, just as we had done by hand since the beginning of the last century.

The traditional sausage requires about a month and a half of healing and the fuet in three weeks. In contrast, the longaniza culana, due to the thickness of the gut, is the one that needs a longer healing time of approximately 10 weeks. 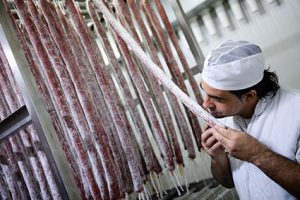 The main advantage is that with the same base we obtain very different products, and we will decide for one or the other surely according to the moment we want to eat it. A somalla to the backpack to go on an excursion, a snack of fuet at mid-morning and a thin cutted longaniza accompanied by bread with tomato for dinner with those friends with whom we want to make a good impression.

Whatever we decide, we will surely succeed. Bon Appetite!

SAVE & ACCEPT
Powered by